This young warrior is in a whole heap of trouble, but he'll soldier on -- for the glory of Rome! -- as soon as someone will tell him where to find the arena.

Bad Gladiator is a hilarious audio drama for fans of shows like Futurama, Archer, or The Simpsons. You know our actors from shows like The Detour, Sleepy Hollow, The Resident, Rectify, major TV networks, movies, award-winning theatre and now even podcasts! You know our writers from... well, they don't get out much.

We are listener supported

If you dig what we're up to, be a patron. Patrons get early access to the podcast, and our core supporters will be thanked by name in the show credits. Thanks for listening!

The Scene Shop is a connected comedy group with two goals: producing the best work we can and helping others along the way.

If you've ever thought writing comedy might be for you, you're probably right. Join us!

These people are unbelievably talented and a dream to work with. The Bad Gladiator team demands that you hire them immediately. 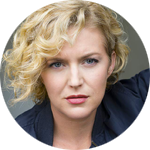 Leanna plays Domitia as well as assorted crowd members, guards, and whatnot. More about Leanna on IMDB... 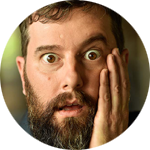 Rob plays Magnus and assorted other roles. More about Rob on IMDB... 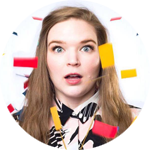 The brilliant Jaymi Curley is a writer and actor based in Atlanta. She joins the cast in Season 2. 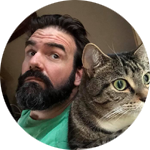 Jim is your writer (among others), and director. He plays Atticus and assorted roles. More about Jim at jimhodgson.com...